“We had an accidental meeting with Kris before his concert in 2005 in Killarney, Ireland. We were near the hotel elevator. My wife Karin, just fell in his arms when he (Kris) and Lisa walked out of the lift just as Karin wanted to get into it.” Luckily, “A friend was quick with the camera” – Reimer Hinrichs 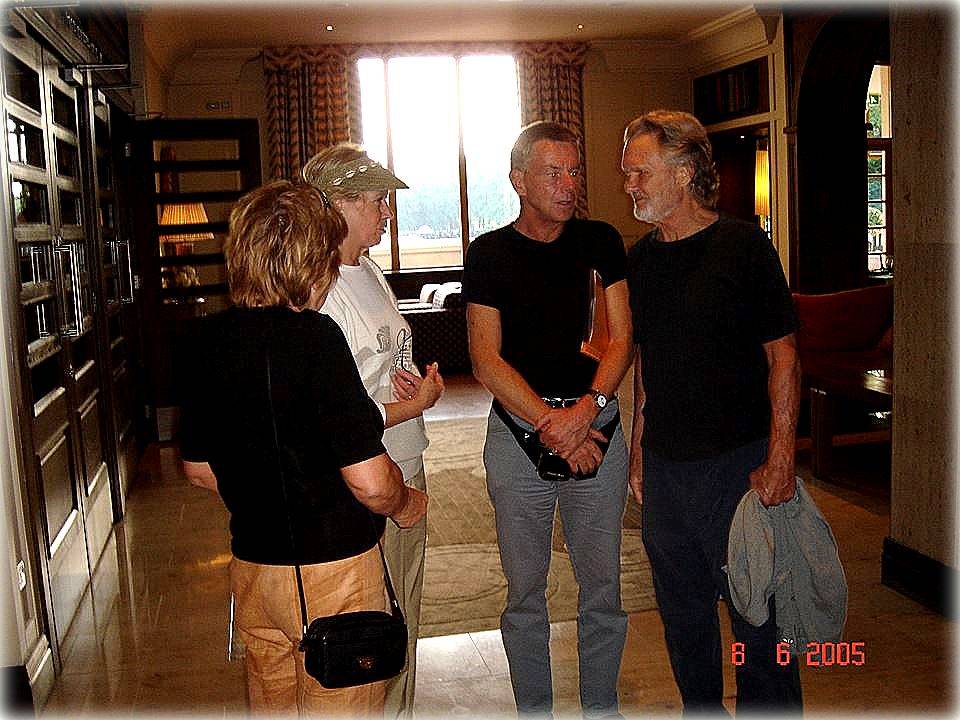 This is from the previous year – It gives some idea of the effort that goes into a live (often solo) gig  Setlist- Kris Kristofferson Killarney, June 2004

There is something about the Emerald Isle that resonates with Kris. His shows there are just that little bit more special than they are in other places. His connections with Ireland go back a long way –

This connection shows no sign of weakening. Kris is a regular supporter of Irishchildren’ss’ charities. Ireland loves him, too. His tours there often sellout, & additional dates have to be added.