A site for fans, by fans. Contribute. If it fits, we’ll post it.

Kris Kristofferson lovers are quite well known. Some, anyway.

The tabloids linked Kris to a long list of women before he married Lisa Meyers in 1983. Nobody really knows about a relationship unless they are in it. That said, Cherry Vanilla, Patti Davis, Joan Baez, Janis Joplin, Samantha Eggar, Carly Simon, Barbara Streisand, Andrea De Portago and of course his wives, Fran Beir and Rita Coolidge are some of the women who have been linked to Kris at various times by the media. 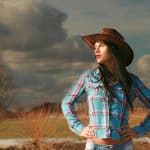 Kris’ family, his 8 children, other relatives and his childhood nanny, Juanita, must come next. Then there’s his close friends and people in the business. I haven’t heard anything negative being said about Kris, and judging by the awards he has received and handed out, there are many fellow actors, songwriters and musicians that could be called Kris Kristofferson lovers. 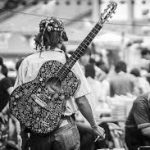 Then there’s us. Kris Kristofferson lovers are a diverse bunch. Non-fans often don’t understand us very well. They obviously don’t see Kris the way we do. If people think Kris’ fans are old with painful knees and a habit of crying into our beer they would be (at least partly) wrong. We are a diverse bunch, but we do have some things in common.

There are exceptions to this last point.

Kris Kristofferson lovers include many younger fans than some might think. Like Boris. I wondered why so many young people are increasingly drawn to Kris, so I asked him.

My Kristofferson Story (My Inspirations: Episode 1)

Quotes from the Video

Discovered Kris watching Johnny Cash on YouTube. He sang a few songs and said they were written by Kris Kristofferson so I looked him up.

I love the words (in the songs), they are brilliant

Kris really inspired me to start writing songs myself, and singing myself

Send your links or answers and we’ll post them.

Boris Stone Video was made for this site, and used with kind permission. He has a  YouTube Channel

All other pics are Public Domain