Kris Kristofferson appears in the 2016 film : The Red Maple Leaf

The Red Maple Leaf is the second film that Kris appears in to be released this year.  Fans were surprised and delighted to learn that both Kris and his daughter Kelly appear in Traded  A movie due for release next month (June) 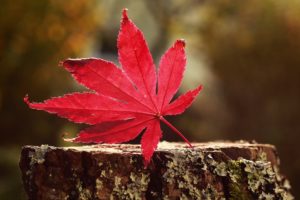 What do we know about the Red Maple Leaf ?

is a colourful character known for his restaurant, tv show, film making and allegations of law breaking. He describes himself  as “the James Bond of the Canadian beverage world”  in his autobiography.  His films have all been made available on iTunes, and this trend seems set to continue.

appeared in An Officer and a Gentleman,  Scarface, Prizzi’s Honour, Big, Independence Day and Lost Highway.  He was also nominated for the Academy Award for best Supporting Actor for Jagged Edge (1985) and is known to tv viewers for his roles in Malcolm in the Middle and the Sopranos.  The dedication follows his passing in December 2015.

Very little is known about the plot, there is no synopsis as yet.  Judging by the trailer, the storyline centres around a man who loses his wife and daughter and copes by throwing everything he has into his job in law enforcement.  Time will tell whether this is accurate, or whether there is a twist in the link between the trailer to the actual film.

has released mainly gangster/action movies as well as a film about vampires, albeit a Sicilian one –Sicilian Vampire.

If you would like to contribute content, contact me – Or if you would like to help minimise adverts, please make a donation. any amount would be highly appreciated and be used to keep this site going, or help to buy me some time.