Kris Kristofferson is releasing a new album soon.  There hasn’t been much publicity about this, yet this news is of great interest to me u0026amp; any of his fans.  I have tried to piece things together from information which has been made available to the public.  You just can’t believe everything you read on-line these days.

During his long music career, this artist has covered topics from peace to war, freedom to incarceration, love to loss u0026amp; every wonderful u0026amp; mean thing in between.  Many of us grew up u0026amp; are now growing old with him u0026amp; his talent.  At different times in his life he has fought privilege, poverty, addiction, depression, excess, conflict in himself u0026amp; the world, u0026amp; he now battles memory loss.  Despite this, he regards himself as blessed, happy u0026amp; lucky in life u0026amp; love. So is there a new album in the pipeline?

On 26 June 2014 Cedar Creek Recording posted a shareable group photograph to their Facebook page that shows Kris Kristofferson outside their studio.  From this photograph, (below)  I am guessing that much of the recording for the new album was done then. 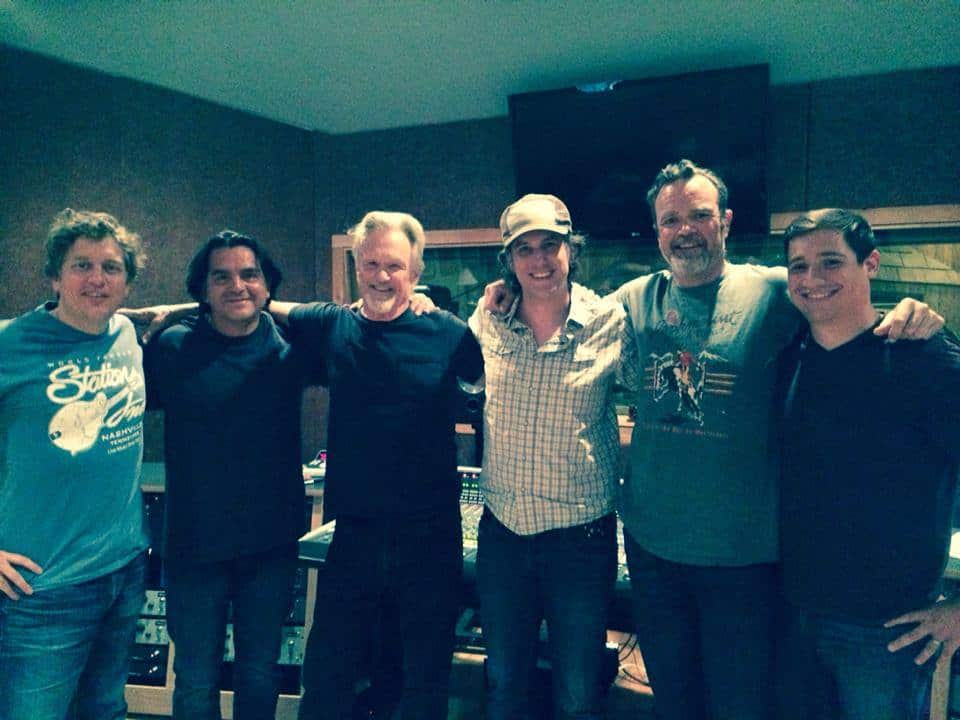 Cedar Creek Recording in Austin is located at 5012 Brighton Rd, Austin, TX 78745, United States. There is not much information about the studio itself, and searches lead to musicroadrecords.com

While Kris is not one of the listed artists on this site, browsing the media videos shows Lance Canales u0026amp; the Flood singing Woodie Guthries Plane Wreck at Los Gatos (Deportee).  This song has been covered by many artists, u0026amp; the list includes people who either performed with, are friendly with, or respected by Kris.  People like Joan Baez, Dolly Parton, Bob Dylan, Arlo Guthrie, Bruce Springsteen. Perhaps more telling, the song was included in the set when Kris himself toured u0026amp; recorded with the Highwaymen.

Lyle Lovett u0026amp; Bonnie Raitt are on the long list of artists recorded at this studio. The evidence strongly suggests that some or all of the album we haven’t heard yet was indeed recorded here.  Then there’s the title……

Having been alerted to this interview by a member of a Facebook Group called I love Kris Kristofferson which includes a lady who is  Kris Kristofferson’s Biggest Fan (in all but stature!), I set about checking whether this report was true.  If so, then the news had been delivered with the humility u0026amp; understatement u0026amp; honesty that fans have come to expect from Kris over the years.  I must have read it a dozen times before the news sunk in – Kris is releasing another album.  Let me repeat, KRIS KRISTOFFERSON IS RELEASING A NEW ALBUM!

Reading through the article, an interview for Las Vegas Magazine Qu0026amp;A by Matt Kelemen on 23 October 2015, I was stunned to read:

Q: So if you were to record again, what would you do? Have you talked with (longtime producer) Don Was at all?

A: Yeah, we’ve done some stuff together, and (consults Meyers) my wife says I have an album coming out called THE CEDAR CREEK SESSIONS. It’s some older songs and some new ones, and I recorded it in Austin.

Just when I thought I had heard it all there was to hear, I now feel like I did as a teenager waiting for my pre-ordered new LP to arrive at the record store.

Little more was said about this album other than it will contain some new material along with some older songs, so I, like you, will have to wait.  Wait u0026amp; hope that maybe, just maybe, there might be another UK tour in the future.

I do hope that the new album was recorded at this studio.  It looks u0026amp; feels special – Intimate u0026amp; non-conventional. The sound that has comes out of it seems perfect based on recordings made by other artists, u0026amp; I like to picture Kris recording in a space where he feels comfortable u0026amp; at home.  Take a look at this Steve Devine / Austin Blues video u0026amp; see what you think.  Let me know your thoughts?